What is flake ice machine?

Flake ice is the most cost effective type of ice to use for cooling fresh fish, broiler and poultry chilling, cooling concrete for mass concrete pour projects, cooling and transporting of produce such as broccoli and corn,and food processing, such as meat processing and commercial bakery applications. Koller flake ice machine offers the best solution for maintaining refrigerated perishables where long-lasting freshness and natural appearance need to be guaranteed. Koller Flake Ice machines offer the widest range of production capacities available.

What is ice cube machine?

Ice cubes are small, cube-shaped parts of ice. Ice cubes are made by filling a tray with water and putting it in a freezer. These pieces are used to cool drinks and some special industries like concreting cooling and chemical cooling etc. Here is a buyer based in Angola who chose Koller Refrigeration several of flake ice machines and ice cube machine to develop its ice making business and already installed.

● Use PLC control system, with kinds of fault protection.

● Use stainless steel 304 or carbon steel chrome for the evaporator drum.

● Lower Power Consumption: it consumes 85-90 KWH/Ton, when the ambient temp is lower than23℃, it just consumes 70-85 KWH/Ton, compared with other small ice cube maker (normally 150-165 KWH/Ton), its energy saving rate reaches more than 30%.

● Safe and Sanitary: it adopts food-grade stainless steel 304 material for the whole machine, special design water channel and ice discharge outlet, convenient automatic cleaning function, so that the ice is to be sanitary, crystal and transparent.

What type of Ice machines did the client in Angola buy? 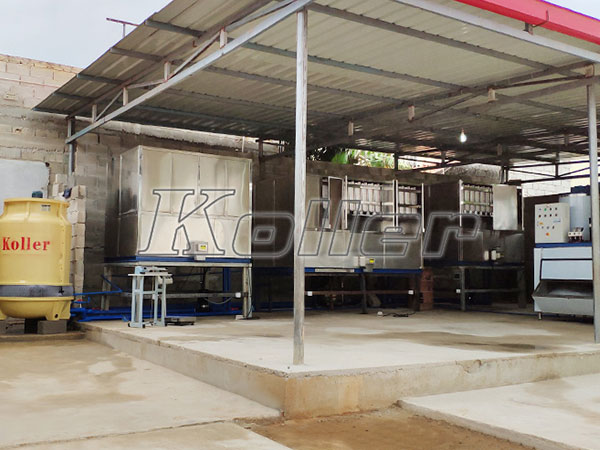 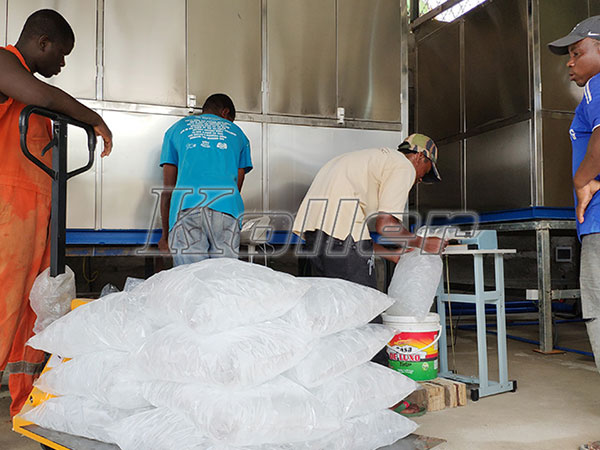 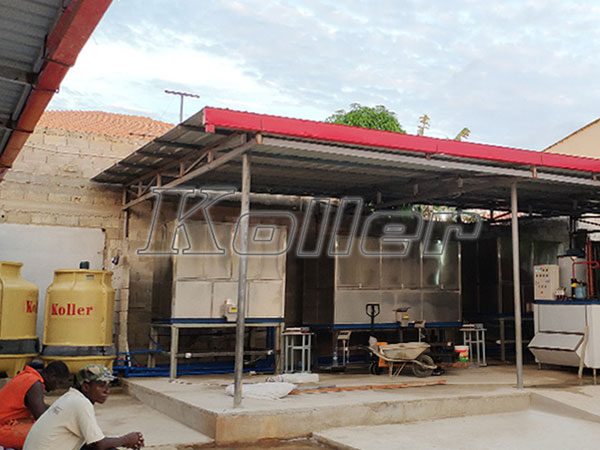 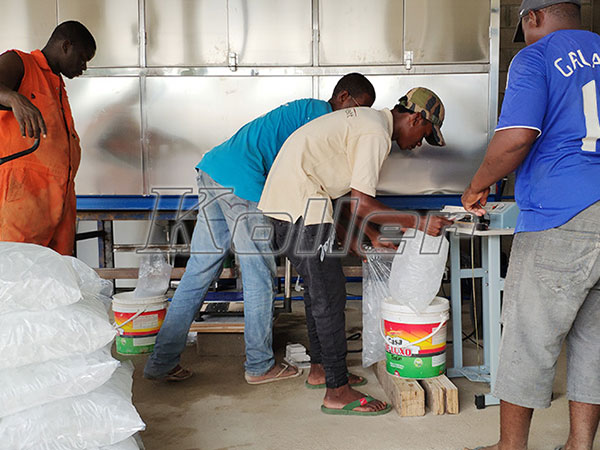 How is the economy of Angola?

Angola is a country located in southern Africa with a USD 114.5 billion GDP, a 29.1 million population and a per capita income of USD 3,924 according to IMF 2018 estimates. It ranks as the third largest economy in sub-Saharan Africa and is the United States’ third largest export market in that region.
For 2019, the economy is forecasted to grow by 1.2 percent with an inflation rate of 15.4 percent.

Angola depends largely on the off-shore petroleum industry for 37 percent of its GDP, 75 percent of government revenues and 90 percent of exports. Major international oil production companies active in Angola include: Chevron, ExxonMobil, BP, and Total.

Given the country’s stated focus on diversifying its economy and building domestic production capacity, medium-term potential for other companies exists in agriculture, industry, and key infrastructure such as energy, water and transportation.

Leading reasons to consider the Angolan market for U.S. export expansion include:

● Large market size, with a population of 29.1 million and an economy of USD 114.5 billion. Angola is the third largest economy in sub-Saharan Africa, so it is a logical next market for business companies active in other countries in the region.

● Angola imports most products due to its very low capacity to produce locally. While an effort is underway to build domestic production capacities, it will require many years and depend on international suppliers of key inputs for infrastructure, manufacturing and agricultural development, thus driving demand for imports.

Learn more to choose what your machine to be used for:

You can find our products to learn more throughout our Koller Youtube Channel.